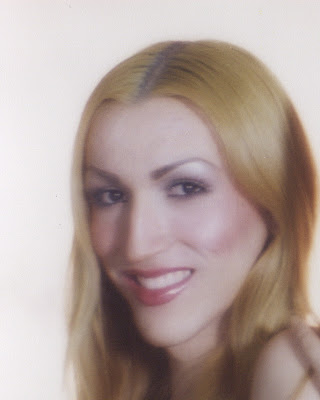 Victoria Arellano was a 23-year-old Mexican transgender woman who died last month while at a U.S. Immigration and Customs Enforcement detention facility in Southern California. Her case clearly demonstrates the plight of many LGBT and HIV-positive immigrants face in this country as I indicated in this story posted on the Advocate.com today. The movement for LGBT rights in Southern California and across the country continue to urgently raise the profile of her death and the broader issues associated with it. Journalists are trained not to interject themselves into the story. I must say, however, this story is one of the most disturbing cases on which I have reported during my more than four year career within and outside the movement for LGBT rights. ICE clearly has some explaining to do.

As immigration emerges as an issue in the 2008 presidential campaign, the death last month of a Mexican transgender woman in federal custody has sparked outrage among LGBT and immigrant activists.

Victoria Arellano, 23, died July 20 in the intensive care unit of a San Pedro, Calif., hospital. U.S. Immigration and Customs Enforcement (ICE) officials detained the undocumented immigrant in May after she entered the country for the second time.

Arellano's death was the first of three at ICE detention facilities across the country in recent weeks, the Washington Post reported.

Arellano's family and the Latino advocacy group Bienestar plan a vigil Monday in Los Angeles. Her death and the movement's overall response to it reflect the broader immigration debate among LGBT activists at the local, state and national level.

Arellano, who was HIV-positive, first came to the United States as a child, the Los Angeles Daily Journal reported. She had worked at a West Hollywood supermarket and volunteered at a Hollywood drug and alcohol abuse treatment facility.

ICE officials routinely denied Arellano the antibiotic dapasone and other necessary medications to treat HIV-related side effects, published reports indicate. Her mother, Olga, and her fellow detainees at San Pedro confirmed these accounts to the Daily Journal and other publications this month.

"Clearly she was someone who was openly transgender and presented herself as a female," Silverman said. "There are a whole host of reasons to suggest abuse and outright refusal to provide care at play."

ICE spokeswoman Lori Haley did not respond to these specific allegations but told Gay.com in a statement that her agency provides adequate health care to its detainees, spending more than $98 million on the purpose each year

"ICE's foremost priority is ensuring the safety and security of all those in its custody," Haley said. "All facilities used by the U.S. Immigration and Customs Enforcement to detain aliens must comply with rigorous standards that exceed those imposed by the federal Bureau of Prisons."

"These requirements reflect the agency's commitment to maintain safe, secure and humane conditions for aliens in ICE custody," Haley said.

But Haley confirmed that at least 63 detainees, including Arellano and two others held in San Pedro, have died in ICE custody since 2004.

"This case exemplifies what we've been saying for all these years: Immigration is in fact an LGBT issue," said Coral Lopez, Bienestar's communications manager. "Victoria's unfortunate death demonstrates why we need to be working in coalition on these issues."

"Unfortunately it's not an isolated incident," said Victoria Neilson, legal director of Immigration Equality. "It just shows while people are in immigration detention, people are just warehoused and not cared for."

National Gay & Lesbian Task Force executive director Matt Foreman was more blunt, blasting both the agency and the federal government for their immigration law enforcement policies in a statement to Gay.com.

"It's pretty obvious what led to this -- fear and loathing of a person who was HIV positive, transgender and an immigrant," Foreman said. "We should be ashamed of our government and the violence it inflicts with our tax dollars."

The Human Rights Campaign, the Gay & Lesbian Alliance Against Defamation and Lambda Legal are among the groups that have used their resources to highlight the issue. Some within the LGBT movement, however, have questioned this strategy.

Blogger Jasmyne Cannick sparked widespread outrage in April 2006 after she argued that LGBT people should receive equality before immigrants. More than 50 activists from across the country condemned Cannick's comments in an open letter that The Advocate published a week after it ran her column.

"We reject any attempts to pit the struggle of multiple communities against each other," the statement read. "This strategy has always been used to divide oppressed groups from coming together to work in coalition."

Neilson believes Arellano's death provides the movement with yet another opportunity to raise awareness of the plight of many LGBT and HIV-positive immigrants in federal custody.

"These folks are often just in the shadows," she said. "A lot of our own are caught up in the net and subject to particular vulnerabilities."

"This particular case points to policy changes that are needed," Silverman said. "The movement and various organizations in the movement need to put pressure on the government and ICE to come clean about what happened here."