The news of the death of the man brutally attacked on a Bushwick street early Sunday morning while he and his brother walked home left my roommate and I agasp and frankly furious inside our Jefferson Street apartment this morning. Authorities have identified the 31-year-old Ecuadorian man as Jose Sucuzhanay. And the New York Times reported he died at Elmhurst Hospital as a result of extensive brain damage and skull fractures. 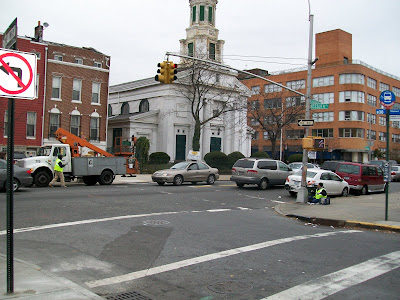 Four men in an SUV attacked Jose Sucuzhany, 31, at Bushwick Avenue and Kossuth Place early Dec. 7 as he and his brother walked home "arm-and-arm" from a local bar.

This attack hits particularly close to home since my apartment is roughly 10 blocks from where it took place. I feel largely comfortable as a openly gay man living in Bushwick, but this utterly tragic attack provides New Yorkers a stark reminder we are not immune from homophobia and hatred. And Sucuzhany's tragic death mandates a collective response to ensure an end to hate-based violence.