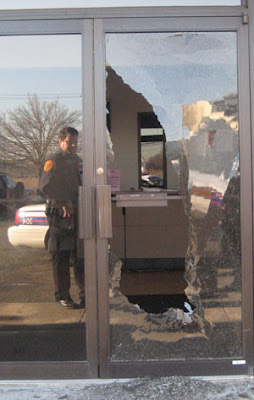 Detectives with the Suffolk County Police Hate Crimes Unit arrested Milagro Ruiz, 21, of Bay Shore, Gilbert R. Geigel, 20, of Bay Shore, Kerrond Miller-Jones, 19, of Bay Shore and Charles Diaz, 21, of Bay Shore, on Feb. 9. The four were charged with second degree criminal mischief. The department said in its press release the suspects do not face hate crime charges at this time.

LIGALY chief executive officer David Kilmnick expressed relief at the arrests, but pointed out two of the four suspects arrested were once clients of his organization. He added he feels the vandalism was meant to send a message of fear to LGBT people in Suffolk County.

"The Center stands as the most public declaration of gay, lesbian, bisexual, and transgender pride on Long Island," Kilmnick said in a statement. As the most visible symbol of GLBT presence and pride, the vandalism was indeed interpreted and felt as an attack on these already vulnerable communities."

The two of the four arrested who'd been clients were gay youth who'd been ejected from the Center for disruptive behavior.