Halloween is one of my favorite days of the year in New York. And below is a list of some of the characters I saw on the subway from Jefferson Street here in Bushwick to Steinway Street in Astoria, Queens, and at Studio Squared last night.

Chilean miners were not among those into whom I ran last night, but the hundreds of children who trick-or-treated on Knickerbocker Avenue earlier this afternoon certainly learned Halloween can prove quite lucrative in the candy department. Here are a couple of pictures from Circo's at the corner of Knickerbocker Avenue and Hart Street around 1:30 p.m. 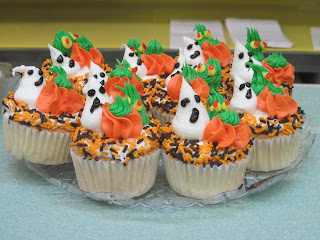 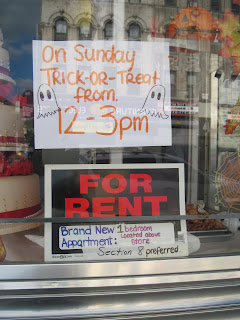 LOL. Yeah, Halloween is totally cool. I heard Chilean miners and bedbugs were two of the "hipper" costumes this year.

I actually enjoyed reading through this posting.Many thanks.


Apartments for Rent in Manchester