Fire Island 2011: Eye Candy Amid a Calamity of Errors 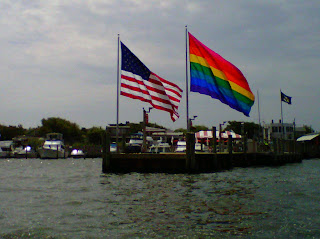 The eye candy proved particularly sweet in Cherry Grove and Fire Island Pines on Saturday, July 23. A combination of Calcutta-like weather, mosquitoes, an incompetent water taxi dispatcher and a laptop malfunction, however, conspired to create a less than ideal weekend on the beach for this increasingly exacerbated reporter.

Now that I have that rant out of my system, it’s on to the things that actually went well over the weekend. These included welcoming wounded veterans to a sultry Ocean Beach on Friday, July 22, attending the Hetrick-Martin Institute’s annual Pines pool party and Dancing on the Bay on Saturday, July 23. I rounded out the day with Jonny Mack at the Ice Palace in the Grove.

News that Amy Winehouse had been found dead in her London apartment spread like wildfire across Fire Island on Saturday afternoon. Porsche paid homage to the troubled British chanteuse at her Saturday night show at the Ice Palace. “Back to Black” and “Rehab” provided an appropriate, if not tragically ironic, soundtrack for the post-Dancing on the Bay walk between the Pines and the Grove.

In far more positive news, the state’s marriage equality law took effect on Sunday, July 24. I was standing on the dock in the Grove at the stroke of midnight—and I learned that Kitty Lambert and Cheryle Rudd had successfully become the first same-sex couple to legally marry in New York when I saw pictures of their wedding at Niagara Falls streaming on Facebook and Twitter while I was on a Seaview-bound water taxi. Two gay couples from Fire Island exchanged vows later on Sunday after they obtained marriage licenses at Brookhaven Town Hall in Farmingville. The New York Times posted a picture on their website of newlyweds Jim Kelly-Evans and Dan Evans from the top of the ferry as they returned from the mainland.

Congratulations Jim and Dan and other same-sex couples on Fire Island who either married on Sunday or plan to tie the knot in the near future. 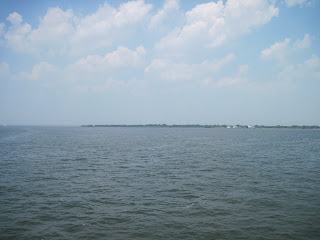 Passing south of West Island on the 12:45 p.m. ferry to Ocean Beach from Bay Shore on Friday, July 22. 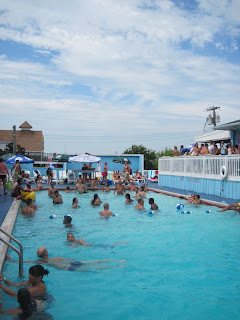 At the Grove Hotel pool on Saturday, July 23. 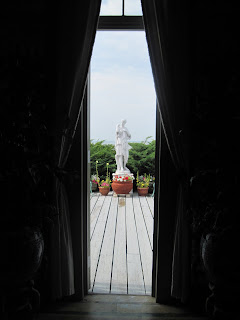 Looking towards the bay from inside the Belvedere Guest House in the Grove on Saturday, July 23. 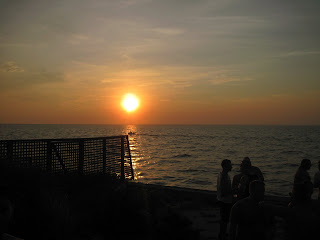 Sunset from Dancing on the Bay in the Pines on Saturday, July 23. 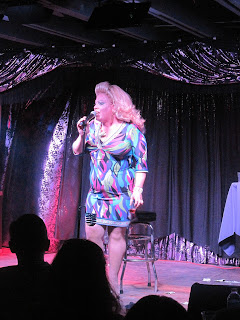 Porsche pays tribute to Amy Winehouse at the Ice Palace in the Grove on Sunday, July 23.