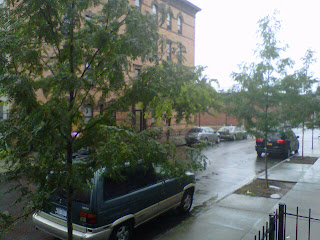 The outer banks of Hurricane Irene have begun to reach Bushwick.

A steady and increasingly torrential rain began about 20 minutes ago. The breeze has begun to freshen, but it remains well under 20 mph.

The checkout lines at the Associated Supermarket on the corner of Knickerbocker Avenue and Starr Street were more than a dozen people deep earlier this morning. They were even longer at the dollar store on the corner of Knickerbocker Avenue and Troutman Street, but everyone was calm and orderly as they stocked up on canned foods, candles and other supplies. I even purchased some Bacardi Gold at a nearby liquor store to make some hurricanes during the storm.

Several windows on my block on Jefferson Street have tape on them, but restaurants, Chinese take-outs, the supermarket and even the laundromat on Knickerbocker Avenue were open around 6:30 p.m. 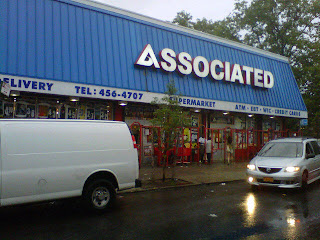 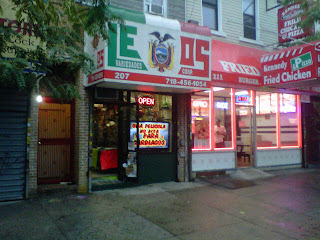