This blogger joined thousands of other New Yorkers across the border -- in Queens -- to attend the 15th annual Queens LGBT Pride celebration festival yesterday. A gaggle of potential mayoral candidates and other upwardly mobile politicians kicked off the march down 37th Avenue in Jackson Heights. Gay Men's Health Crisis, Marriage Equality New York, Chueca Bar in Woodside and dozens of other local and citywide organizations, community groups and lesbian and gay bars also marched to a distinctly Latino flair. Queens remains the most diverse county in the United States. This diversity was certainly on display in the borough yesterday as Colombians marched alongside Argentinians, South Asians, Irish, Catholics, Jewish and Puerto Ricans. The crowd along the parade route also reflected this rich cultural heritage as Jackson Heights residents, many of whom brought their children, applauded the politicians and organizations who passed through. This parade reminds this blogger as to why he feels so fortunate to live in a city where diversity is viewed as a strength and not as a politically correct weakness. Happy pride! 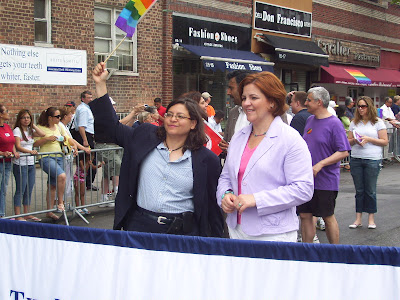 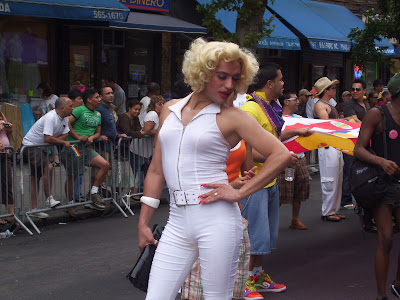 Marilyn Monroe continues to inspire many a queen in Queens 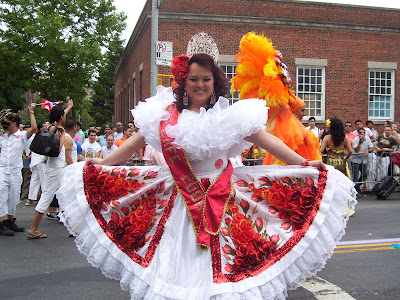