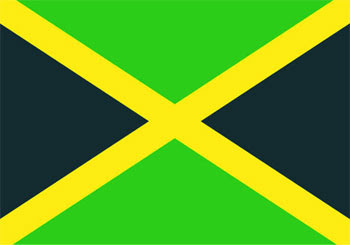 Boy in Bushwick read Jamaica Observer columnist Betty Ann Blaine's column “Educate or socialize… is there a gay agenda?” this morning with particular interest. She writes about the controversy surrounding a textbook recommended by the Jamaican Dept. of Education which concludes same-sex partners can form families but she is quick to single out the "marching brigade of homosexual activism" and its broader "implications for national policies and legislation."

Blaine further expands upon this conclusion to equate so-called homosexual activism to the "group of men" who "gathered together around a table in Europe and decided to carve up the entire earth for their own self-interest... and then to enslave the majority of people on the planet." In other words she concluded so-called homosexual activism in Jamaica (and the world for that matter) would produce the same legacy that European colonialism left behind on Jamaica and other former colonies and overseas territories across the world. This argument is a disingenuous attempt, at best, to justify continued discrimination and even persecution against LGBT people. Colonialism caused innumerable hardship against Jamaicans and others whom the European powers subjugated for centuries. This legacy remains largely in place through grinding poverty and other social, political and economic inequalities. But to equate the struggle for LGBT rights to colonialism remains nothing more than a feeble attempt to deflect attention away from problems which remain largely unchecked.