Those who spoke were quick to condemn the successful referendum that overturned Maine's law that allowed gays and lesbians to tie the knot.

Glick was more blunt as she blasted the idea voters should decide whether gays and lesbians should have the right to marry.

"That is bull shit," she proclaimed as rally attendees erupted into applause. "We got our rights the way we were supposed to and we're not going back."

Others spoke about the possibility the New York State Senate will vote on a marriage bill next Tuesday if lawmakers actually return to Albany to attend a special legislative session.

"We want a vote on Tuesday, Nov 10; not Wednesday; not next month or next session," Marino-Thomas said. "We vote for them. They work for us."

Orlando native Alan Bounville, 33, was among those who said he felt compelled to attend the rally. A student at New York University, he said the Maine marriage referendum has only compelled him to fight harder for LGBT equality.

"I don't want my kids to not have what my sister's kids have," Bounville said. 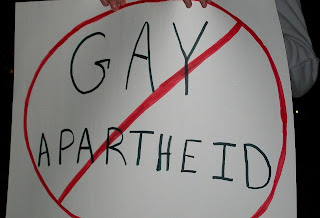 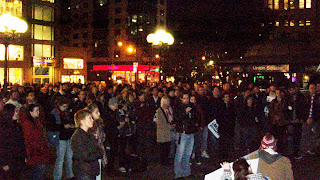 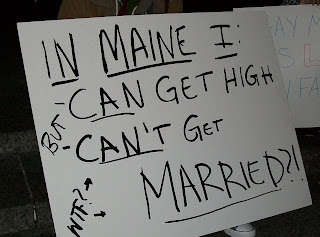 Thank you for sharing my voice in this piece. I really appreciate it.