As the sheer magnitude of the Haitian earthquake continues to emerge, contacts in the region and here in New York have begun to raise money and accept donations on behalf of those who survived.

Cha Club in Santo Domingo in the neighboring Dominican Republic issued an appeal earlier this morning to those who subscribe to its e-mail list that contained links to local companies that are raising money and accepting donations. Washington Heights promoter Alberto Fermin, who is originally from the Dominican Republic, told Boy in Bushwick he plans to collect money for the earthquake victims at his Boy Night Party at el Morocco (3534 Broadway at West 145th Street) this Sunday.

The Rainbow World Fund, an LGBT charity organization, has also donated $35,000 to the relief efforts. A source in the Dominican Republic pointed out the Batey Relief Alliance as another option for those who may want to donate to a local group.

My heart truly breaks for the Haitian people during their darkest hour. It is heartening to see people around the world support the massive humanitarian effort that is underway, but it remains critically important for everyone to stand in solidarity with those who continue to suffer in the wake of this catastrophe.

Here is a link to other organizations that continue to raise money and seek donations for earthquake victims. 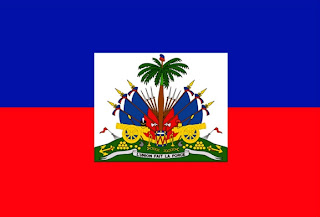