As a Brooklyn jury continues to deliberate Keith Phoenix's fate, José Sucuzhañay's brother and other elected officials criticized Hakim Scott's acquittal on second degree murder as a hate crime during a press conference outside the court house on Friday, May 7. 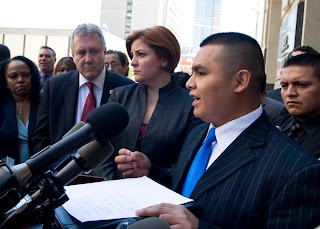 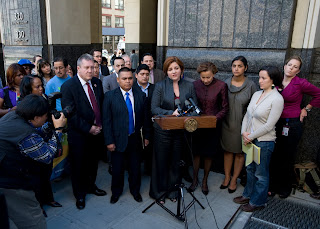 Members of the Sucuzhañay family join activists and elected officials in downtown Brooklyn on May 7. [Photo courtesy of William Alatriste]

A jury convicted Scott of manslaughter in connection with José Sucuzhañay's death on Dec. 7, 2008. He faces up to 25 years in prison, but the International Ecuadorian Alliance is among the groups that continue to urge their members to stand in solidarity with the Sucuzhañay family and to demand an end to hate crimes.