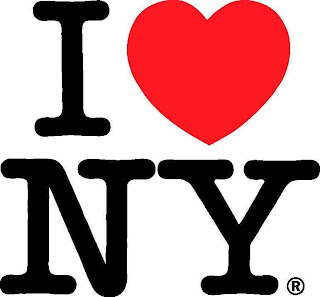 I have never been one for long, drawn-out goodbyes, but I continue to struggle to find the appropriate words to adequately describe the last seven years and three months that I have lived in the greatest city in the world.

A few moments stand out—covering the protests over the 2004 Republican National Convention, working on Fire Island for six summers and riding my then-roommate Christian’s bicycle over the Williamsburg Bridge to get to my Midtown office during the 2005 Transit Strike and interviewing same-sex couples who married on the day the state’s marriage equality law took effect in July. Other perhaps less obvious moments also come to mind. These include walking through Chinatown on a Saturday afternoon, taking the subway to Rockaway Beach, strolling through the Union Square Farmers Market with a $1.25 bag of broken pretzels and simply admiring the Manhattan skyline from the roof of my building here in Bushwick on a balmy summer night.

I hope you're going to continue this blog in some form!