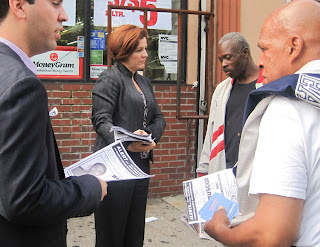 New York City Council Speaker Christine Quinn was among the officials who distributed flyers at a Brooklyn intersection earlier on Tuesday, Sept. 27, about a reported anti-gay attack earlier this month.

Police say Julius "Stinky" Wright sexually assaulted a 24-year-old while shouting anti-gay slurs at him on Myrtle Avenue around 3:30 a.m. on Sept. 5. Wright allegedly stole the victim's cell phone before he asked him about his sexual orientation as he pretended to hold a gun. 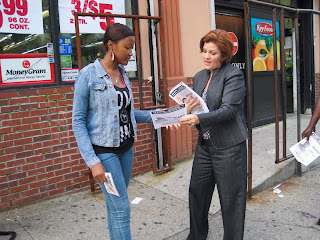