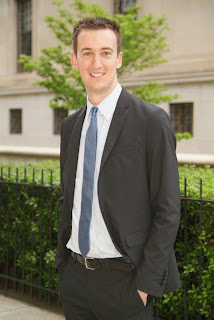 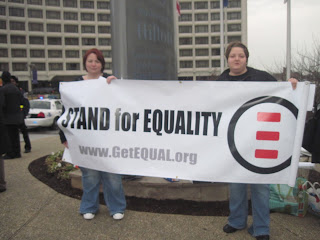 Members of GetEQUAL, Occupy Washington and the American Civil Liberties Union were among those who gathered outside the Washington Hilton to highlight what they describe as the Fellowship's global anti-LGBT agenda. While the number of activists who protested was noticeably smaller than the dozens who gathered outside the hotel last February; organizers maintained they sent a powerful message to President Barack Obama and other politicians and dignitaries who attended the 60th annual gathering.

"We’re protesting the fact that the Family is holding a National Prayer Breakfast attended by senators, representatives, the president and the vice president--specifically because of the Family and the Fellowship's role in supporting anti-gay legislation across the world," said Heather Kronk, managing director of GetEQUAL.

Activists specifically highlighted the secretive organization's ties of Ugandan Parliamentarian David Bahati, who introduced a so-called Anti-Homosexuality Bill that would impose the death penalty upon those found guilty of repeated same-sex sexual acts. This protest also comes a little more than a year after Ugandan gay activist David Kato was murdered in his Kampala home.

Posted by Boy in Bushwick at 6:26 AM 5 comments