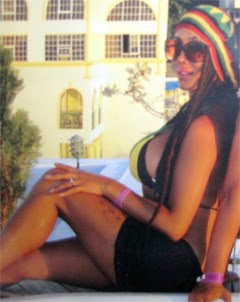 As I listen to a segment on the Brian Lehrer Show about employment discrimination against transgender New Yorkers, news about a trans woman’s murder inside her Queens apartment provides another sobering reminder this community remains particularly vulnerable.

The Daily News reported Amanda Gonzalez-Andujar’s friends found her naked body on her bed in her apartment on 62nd Street in Glendale yesterday afternoon. Police said the victim had not been heard from since Friday.

Some Daily News readers were quick to express their own transphobic attitudes, and even blame Gonzalez-Andujar for her own murder. One person, however, was thankfully quick to counter these ridiculous assertions.

Thank you for the positive turn of opinion, such is needed in todays world.

Very sad, of course, but does this case alone add any evidence that the trans-community is particularly vulnerable? Not saying it isn't, but we still have to consider the overall murder rate in NYC is up 20 percent from this time last year. -Joe

I have written about this incident on my blog: http://transwomantimes.blogspot.com/2010/03/for-amanda-in-ridgewood.html

Every one is entitled to there opinion. but
amanda was a great outgoing person full of lots of love.she will be missed .