Started to write in the cottage in Ocean Beach at 1:17 p.m. as Andrés read the New York Times on his iPhone.

It’s a beautiful September day with low humidity, warm sunshine and a gentle breeze. A steady stream of people pulling suitcases and wagons packed with bags, boxes, surfboards and other personal affects continue to stream past the cottage. The end of summer 2010 has arrived, but Andrés and I currently have little motivation to do anything at this moment.

Hurricane Earl utterly failed to live up to the hype that preceded its brush with Fire Island on Friday, Sept. 3. The storm brought a few squalls, caused minor beach erosion and exacerbated the flooding on Bay Walk in Ocean Beach between Whitney’s Market and Surf Road, but Labor Day weekend proved beautiful, campy, kind, relaxing and even inspirational once the storm passed.

Andrés and I came to Ocean Beach on Sunday morning. After lunch at the Landing and a quick stop to get some pumpkin fudge (it is September after all!), the day's agenda brought us to Ariel Sinclair’s last pool show of the summer at the Ice Palace in Cherry Grove—note to straight men who try far too hard to impress their girlfriends while drunk: competing in a drag queen-moderated fashion show wearing only a white sheet turned into a rudimentary thong is arguably not the most intelligent way to go. This unfortunate heterosexual may very well have been one of the “thong-a-wrong domesticus” about which Troy Petenbrink once described in his Rehoboth Beach columns for EDGE, but Sinclair and Logan Hardcore certainly had a lot of fun at this man’s expense.

Fortunately for us, however, the annual Divas Party in the Fire Island Pines later in the afternoon proved creativity continues to spring somewhat eternal on Fire Island. A particularly fierce-looking diva in a neon pink dress explicitly barred Andrés and I entry because we failed to adhere to the mandatory drag dress code. Playing the role of the paparazzi outside the Scaup Walk house, however, proved equally as entertaining. Miss Sangria, Carla Zeta-Jones, Srta. Fellacio and Cojones Grandes were some of the more creative quinceañera-themed revelers who mugged for their legions of fans. And the portable toilets that were strategically placed outside the party’s entrance provided a bounty of potential wardrobe malfunctions. (The queen whose pink quinceañera dress became caught in the door as she relieved herself provided a particularly amusing sight for those who were not fortunate enough to cross the velvet rope.)

With our heads held high (and our dignity largely intact), Andrés and I returned to Cherry Grove to dance the early evening away Cherry’s. “Slava from Prague" proved (as if any proof is possibly necessary) bisexual women who work 60 hours a week at a mental hospital are even more fabulous when they come to this campy hamlet to let loose. It was a relatively early night for us, however, and getting to bed before midnight proved perfectly fine.

Labor Day weekend is somewhat bittersweet. Summer unofficially ends, people return to their off-season lives on the mainland, but the memories sustain Fire Islanders through the winter (until they make new ones next season.) And on that admittedly simplistic note, here are three final lessons and observations from the summer of 2010.
- Over-hyped hurricanes that fail to deliver upon their predicted impact obviously leave more than a few people scratching their heads--especially when county officials consider evacuating the beach and local ferry companies suspend or alter service at the start of a busy holiday weekend--in their wake.
- September is the best time to enjoy Fire Island.
- A man in a dress can provide some of life’s best ah-ha moments. 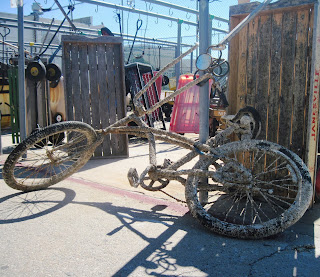 This barnacle-encrusted bike in Ocean Beach is definitely not chicken from the sea. 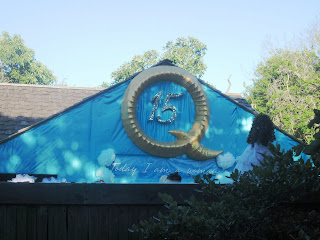 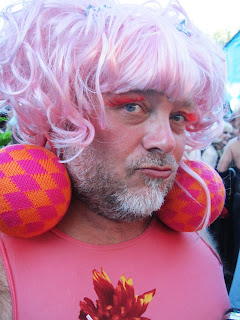 Cojones Grandes at the Divas Party on Sunday, Sept. 5. 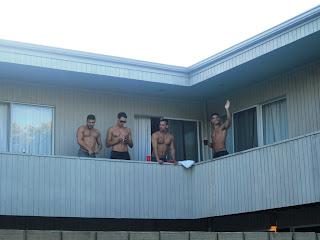 Pines boys who did not cross the velvet rope at the Divas Party on Sunday, Sept. 5. 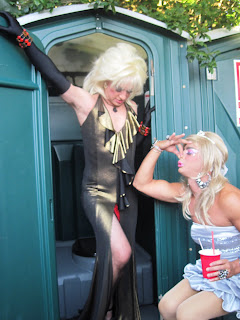 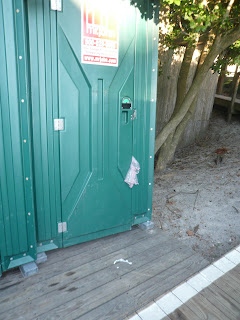 Class is sometimes in the eye of the beholder as this queen proved outside the Divas Party on Sunday, Sept. 6. 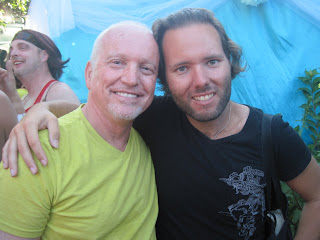 Andrés and I do our best to play paparazzi outside the Divas Party on Sunday, Sept. 5. 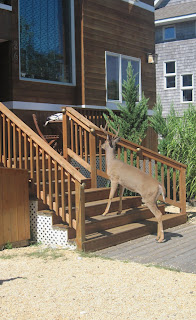 A possibly unwelcome guest awaits at this home on Bungalow Walk in Ocean Beach on Monday, Sept. 6. 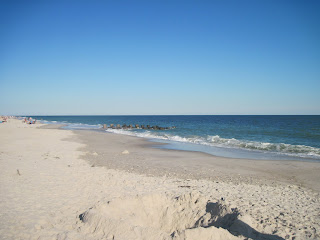 An idyllic beach scene in Ocean Beach on Monday, Sept. 6. 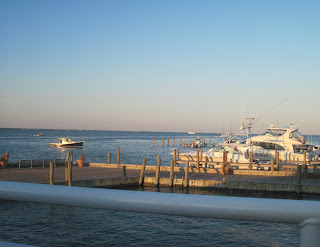