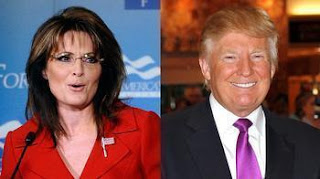 Did the "New York pizza summit" accomplish anything more than snarl rush hour traffic and give the former vice presidential nominee and the Donald even more column inches? Arguably not; but the days when Trump's presidential delusions actually trumped Palin, and her tweets, out of the headlines seem a mere memory.