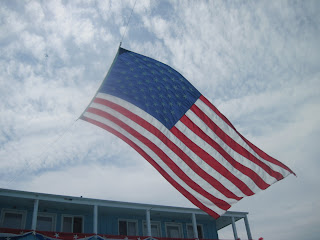 Started writing at 10:23 a.m. while listening to “The Brian Lehrer Show” in the cottage in Ocean Beach.

A thunderstorm woke me up a couple of hours ago. And while fog enveloped the beach several times over the last few days, this weekend was a largely wonderful kick-off to another summer on Fire Island.

I came out 10 years ago on Friday, May, 27, and I was able to spend the anniversary of this milestone on Fire Island—running on the beach, delivering guides and simply hanging out in Ocean Beach, Cherry Grove and the Fire Island Pines. The gaggle of gays who grew (in numbers) exponentially over the weekend provided some particularly pleasing eye candy. My tan line has returned. And dancing for hours last night at Cherry’s in the Grove once again proved the highlight of the long holiday weekend.

Here are three notes and observations from the previous days.
1) Porsche’s proclamation at the pool show at the Ice Palace in the Grove on Sunday, May 29, that Adele’s “Rolling in the Deep” will become the song of the summer could possibly prove true, although Katy Perry’s “Firework” could give the soulful English chanteuse a serious run for her money.
2) The group of revelers who boarded the water taxi late last night in Ocean Bay Park provided even more proof that I remain very happy to be a gay man.
3) A career as a drag queen can prove to be a particularly wise choice for those who are not necessarily natural beauties. 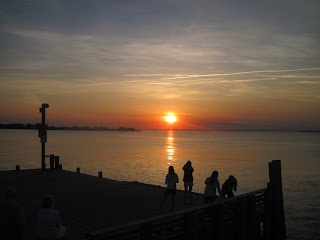 Sunset from the ferry in Fair Harbor on Wednesday, May 25. 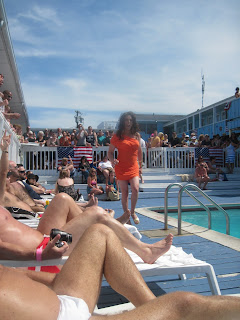 From the pool deck at the Ice Palace's pool show on Sunday, May 29. 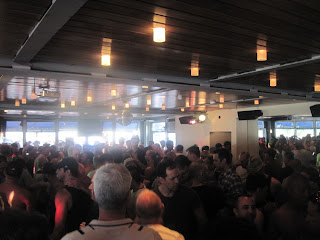 Low Tea in the Pines on Saturday, May 28. 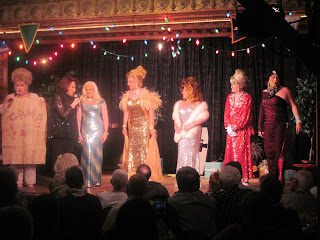 Homecoming Queen 2011 contestants at the Grove's Community House on Sunday, May 29. 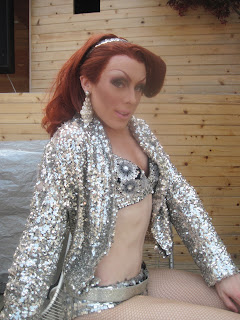 Dallas Dubois in the Pines on Saturday, May 28.