Barney Frank Will Not Seek Re-Election 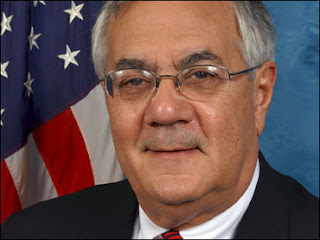 Massachusetts Congressman Barney Frank announced on Monday, Nov. 28, that he will not seek re-election once his term ends in 2013.

Frank, who has represented Massachusetts' Fourth Congressional District since 1981, told reporters at a press conference at Newton (Mass.) Town Hall that redistricting essentially forced his decision.

"I'm not retiring from advocacy for public policy," he said, noting he would like to write, teach and lecture once he leaves Congress. "I was pretty good at being a legislator. I think I was pretty good at working within that framework of government. I look forward to being able to help change the system."

Frank, 71, has represented Massachusetts' Fourth Congressional District since 1981. He publicly came out of the closet in a 1987 interview with the Boston Globe. The House Ethics Committee in 1990 formally reprimanded Frank for using his congressional office to pay 33 parking tickets that a male escort who he had hired as an aide and personal driver had accrued.He appeared in two "It Gets Better" videos earlier this year. He also spoke at a memorial service for Dr. Frank Kameny on Capitol Hill on Nov. 15.

"God knows he's earned the rest," said Democratic National Committee Treasurer Andrew Tobias. "But, boy, will the House ever be the poorer for the loss of its smartest, funniest, most passionately progressive and pragmatic member."

President Barack Obama described Frank as a "fierce advocate for the people of Massachusetts and Americans everywhere who needed a voice."

"He has worked tirelessly on behalf of families and businesses and helped make housing more affordable," said Obama in a statement. "He has stood up for the rights of LGBT Americans and fought to end discrimination against them. And it is only thanks to his leadership that we were able to pass the most sweeping financial reform in history designed to protect consumers and prevent the kind of excessive risk-taking that led to the financial crisis from ever happening again."