Has Anything Changed in Puerto Rico Since Jorge Steven's Murder? 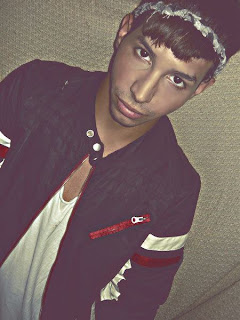 Juan José Martínez Matos stabbed Jorge Steven López Mercado to death on Nov. 13, 2009, before he decapitated, dismembered and partially burned his body. López’s remains were found dumped along a remote roadside near Cayey the next day.

Has anything changed in Puerto Rico since López’s death?

Martínez received a 99-year prison sentence in May 2010 after he pleaded guilty to López’s murder, but nearly two dozen LGBT Puerto Ricans have been killed since the gay teenager’s gruesome death. The Justice Department noted the Puerto Rico Police Department's inadequate response to hate crimes as among the agencies' numerous failures in a damning report it released in September. Fortuño and other officials have yet to publicly speak out against these incidents.

The situation for LGBT Puerto Ricans remains dire two years after López’s death stunned the world. On this grim anniversary, however, it is appropriate to remember a grieving mother’s words that sought to comfort a community during one of its darkest hours: Love conquers hate.

Thanks for writing about this. I own and operate a tour company, Detour Travel (godetour.com), that takes groups to Puerto Rico. Detour is openly pro-LGBT. I wasn't aware of the DOJ report. I've just contacted the PR Hotel and Tourism Association about it, explaining how the status quo makes it uncomfortable for me to bring business to Puerto Rico, and asking how they're using their influence with regard to this issue. I'll be interested to hear their response.