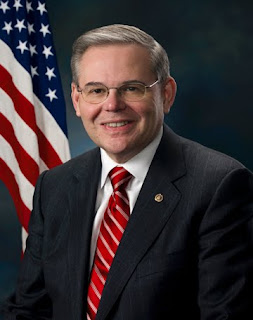 New Jersey Sen. Robert Menendez endorsed marriage for same-sex couples in an op-ed that ran in the Star-Ledger on Sunday, Dec. 18.

“This comes down to an issue of fundamental fairness,” he wrote. “For me, this comes down to the principles I learned as the child of immigrants and that I cherish as an American: that we believe in equality for all people under the law.”

Menendez, who voted for the federal Defense of Marriage Act in 1996, is the 32nd Senate sponsor of a bill that would repeal the Clinton-era law.

“Across our country, the attitudes of millions of Americans have changed on this issue and several states have acted to guarantee the freedom to marry to same-sex couples whose love for each other and life commitment to one another is no different from other couples,” he wrote. “These gay men and gay women defend our streets and our citizens as firefighters and police officers; they are small-business people who create jobs; they are teachers who prepare our children to compete in the future. And they are soldiers, Marines and sailors who have put their lives on the line for our country, fighting to protect our freedoms and to combat terrorists who threaten to attack us again.”

The Senate Judiciary Committee last month voted 10-8 to advance the DOMA repeal bill. A Human Rights Campaign and Greenberg Quinlan Rosner Research poll found that 51 percent of respondents oppose the Clinton-era law, but it remains unlikely that the DOMA repeal bill will pass during the current Congress.