Price's sister-in-law, Joanne Guarneri and her daughter Amanda were among the hundreds of elected officials, activists and local residents who took part in the march down College Point Avenue. They also spoke at a rally in a nearby park.

"They [Aleman and Rodriguez] nearly beat my brother-in-law to death for $10 and a pack of cigarettes," Guarneri said. "We have to stop violence in College Point. We have to take back our streets."

Below are pictures and video from the march and rally. 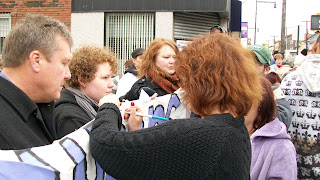 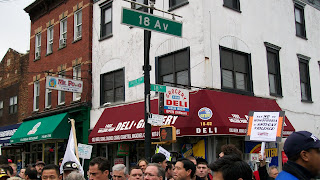 Marchers paused for a moment of silence in front of the deli where Daniel Aleman and Daniel Rodriguez, Jr., allegedly attacked Jack Price early Oct. 9. 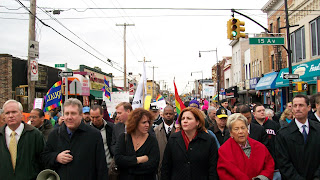 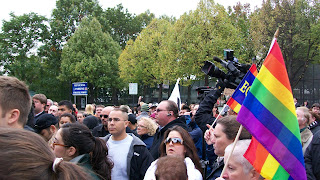 Hundreds attended a rally at a local park after they marched up College Point Avenue. 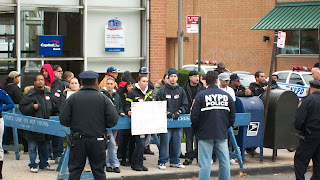 Some of Rodriguez's friends gathered across the street from the rally to defend him against allegations he and Aleman attacked Price because of his sexual orientation.

Thats right i am one of danny rodriguez and i am proud to stick up for my friend and back him up on this. THIS WAS NO GAY HATE CRIME!!!!

** i am one of danny rodriguez friends.

people like him should be set as an example. people have their choices on sexual orientation and to beat someone up for being gay is immoral