An acknowledgment of a not so distant past

El Museo de la Memoria y los Derechos Humanos in Santiago provides a stark and sobering reminder of Chile’s not so distant past.

General Augusto Pinochet led the coup that toppled President Salvador Allende on Sept. 11, 1973. The Chilean government has documented 3,185 people who were either executed or disappeared during the 17 years Pinochet was in power. The regime also tortured another 28,459 people.

Political prisoners’ letters and passports, unclassified Central Intelligence Agency documents, death certificates, news reports, videos that show the bombing of La Moneda during the coup and a device used to torture those the regime had detained are among the artifacts on display inside the museum. A photograph of men who were brought to Estadio Chile in Santiago immediately after the coup is particularly haunting. Poet Victor Jara was among those brought to the stadium, and the Chilean government’s Truth Commissions said he was among the 587 people who died in Sept. 1973. Another 273 people disappeared and 12,737 were taken into custody and tortured during the weeks after Pinochet toppled the Allende government.

The miraculous rescue of the 33 trapped miners near Copiapó last fall, vineyards, Santiago’s expanding skyline and even Chilean gastronomy clearly demonstrate Chile is a forward-thinking country. That said, however, the museum—and especially the photographs of those who died during the Pinochet era that hang inside of it—demonstrates the Chilean government is willing to acknowledge a very troubling part of the country’s history. And it also stands as a stark reminder of the collective responsibility to strongly repudiate those who seek to deny their fellow man or woman their basic dignity and human rights. 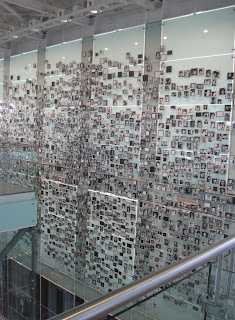