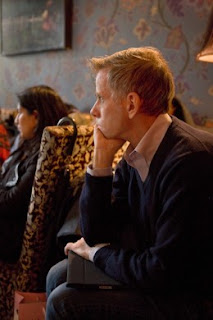 I first met Charles Nolan in the Fire Island Pines on July 4, 2005, during the annual Invasion. I was wearing a very cheap lavender lace dress I had purchased at the Ice Palace in Cherry Grove couple of weeks earlier, but the sultry summer weather quickly did a number on the mascara and blush a drag queen had quickly applied to my face before we boarded the ferry. Charles, who was standing alongside my Fire Island News publisher on the Pines dock, officially welcomed me into the hamlet after Nicole introduced me as her East End reporter.

From his and Andy's annual July 4 lobster bakes at their oceanfront home to Pines Party and Ascension and the steady stream of politicians who came to the beach, Charles always made me feel welcome in the Pines. He was one of the people who made the beach such a special place for this reporter. And I simply cannot imagine Fire Island without him.

My deepest condolences to Andy, Charles' friends and family and everyone on Fire Island and elsewhere who know and love him.