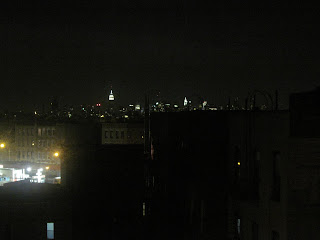 I was in my second-ever journalism class at the University of New Hampshire on the morning of Sept. 11, 2001. Nearly a decade later, that beautiful September morning that became one of this country's darkest days remains seared into my mind.

It is crucial to acknowledge the nearly 3,000 people who died in the World Trade Center, the Pentagon and in Shanksville, Pa., on Sept. 11, the soldiers who have lost their lives in Afghanistan and Iraq and their loved ones who continue to mourn them. It is equally as important, however, to acknowledge how proud I am to live in a city with a spirit that bin Laden could not break.