Written at 1:09 p.m. while on the Ocean Bay Park ferry terminal (and later crossing the bay.)

It’s a typical Sunday afternoon in August. People (and their children) are online at the ferry terminal waiting to return to the mainland after another weekend on the beach, boaters are enjoying the beautiful weather out on the water and one man is even trying to convince his friend he was right (about which I’m not particularly interested to know.)

It was a fairly quick trip to Fire Island this weekend because I am coming out for a week on Wednesday night or Thursday morning. In true August form, however, there was a lot on the agenda. This includes the annual Concerned Women of the Grove breast cancer benefit, a fundraiser for state Assemblywoman Ginny Fields at the Hotel Ciel pool deck in the Fire Island Pines, a tribute to long-time Cherry Grove archivist Harold Seeley, delivering newspapers (and several hours of dancing at Low Tea, Sip n’ Twirl and Cherry’s thrown in for good measure.)

It’s arguably unnecessary to provide any sort of analysis to contextualize the past weekend, but here are three notes and observations to consider.

- Lady Gaga performed at the Ice Palace on Aug. 8, 2008 (and “Paparazzi” is currently playing on my iPod as I write this blog on the ferry.)
- It is indeed possible to have at least three costume changes a day on Fire Island
- Kudos to the lovely Dallas Dubois for leading those at her and Logan Hardcore’s pool show on Saturday, Aug. 7, in a toast in honor of U.S. Circuit Judge Vaughn Walker’s ruling that found Proposition 8 unconstitutional. Dubois also called out Best Buy and Target for contributing to a group that supports Minnesota gubernatorial candidate Tom Emmer.

A perhaps all too common sentiment on Fire Island. 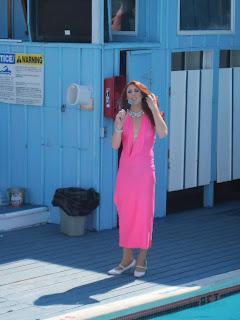 The lovely Dallas Dubois performs at the Ice Palace in Cherry Grove. 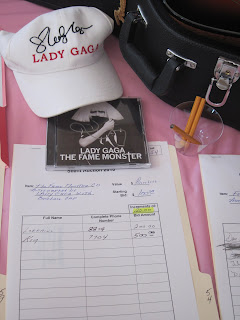 The Concerned Women of the Grove auctioned off Lady Gaga paraphernalia at their annual fundraiser on Saturday, Aug. 7. 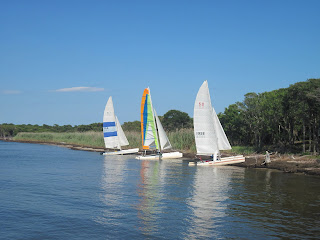 Looking east into the Meatrack from Heaven n' Earth in Cherry Grove on Saturday, Aug. 7. 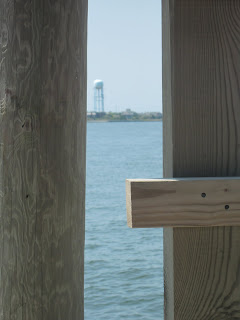 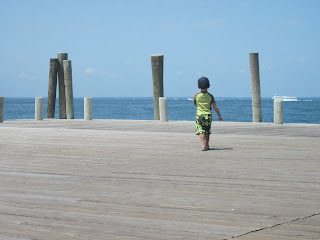 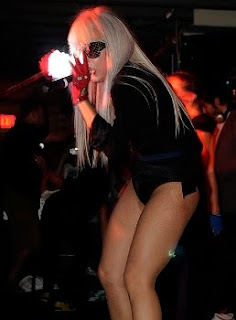