The view from Jefferson Street 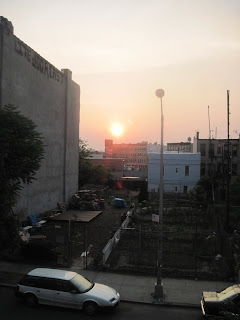 The storms that passed near the city earlier today thankfully did not produce tornadoes like those that tore through Brooklyn last September, but they did leave a beautiful sunset in their wake.

I took these two pictures from my bedroom window shortly before 8 p.m. The second picture is a bit crooked because I was simultaneously on the phone with my parents in southern New Hampshire. The cells that spawned tornadoes in Massachusetts earlier today passed roughly 35 miles south of their home. They are fine. 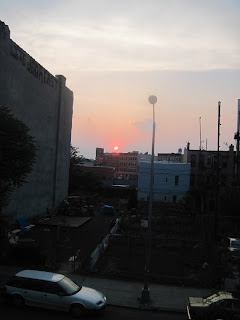