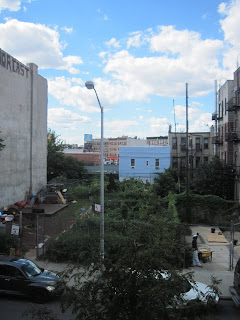 An earthquake with a preliminary magnitude of 5.9 shook large swaths of the East Coast shortly before 2 p.m.

The earthquake’s epicenter is near Charlottesville, Va., but I certainly felt the tremor here in Bushwick. I was actually on the phone with my boyfriend in Dupont Circle in Washington, D.C., when the pots and pans hanging above my stove suddenly began to sway. I initially thought that a gust of wind had caused them to move, but I realized it was an earthquake when the floor started shaking. I grabbed my keys, walked outside and watched several other people come out of buildings on Jefferson Street.

Aside from no cell phone service, everything appears to have returned to normal here in Bushwick. Social media networks remain uninterrupted. And the tremor managed to push Dominique Strauss-Kahn from the headlines.