Fire Island 2011: All About Ascension! 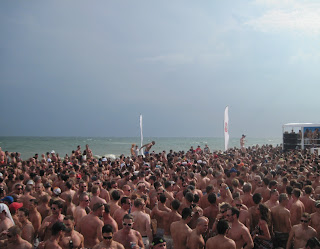 Started writing at 9:12 p.m. on Sunday, Aug. 21, while listening to the rain and thunder from inside Ocean Beach and reading Tweets about the increasingly likely downfall of Libyan dictator Muammar Gaddafi.

It’s another rainy Sunday night here in Ocean Beach, but the weather is nothing like last weekend’s deluge that left the village waterlogged for days.

The weather fortunately (or unfortunately, depending upon one’s perspective) did not damper Countess Luann de Lesseps’ performance at the Ascension kick-off party in Fire Island Pines on Friday, Aug. 19. Kelly Killoren Bensimon joined her “Real Housewives of New York” cast mate on the balcony. Congressman Barney Frank made a brief appearance, while Bensimon had an impromptu performance of her own when she climbed onto the bar at High Tea and began to dance.

A flip flop malfunction did not stop us from reveling among the cute boys with minimal bathing suits at the Ascension pool party on Saturday, Aug. 20. A complimentary cocktail from the Absolut vodka boys at Canteen proved a refreshing respite from the day’s festivities as we watched the world pass along Harbor Walk on a beautiful Saturday afternoon. And the Ascension tea dance and fireworks over the day rounded out a perfect Saturday in the Pines. 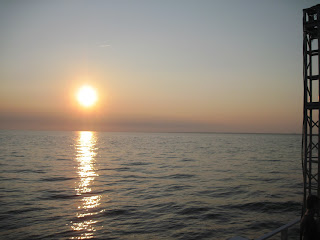 Sunset from the Ascension tea dance on Saturday, Aug. 20. 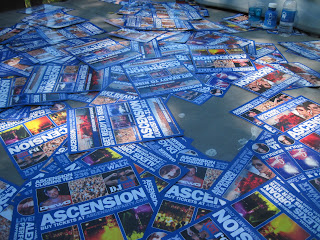 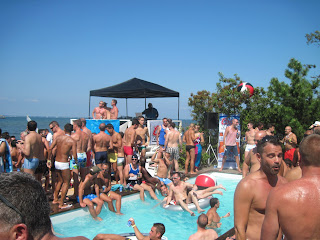 At the Ascension pool party on Saturday, Aug. 20. 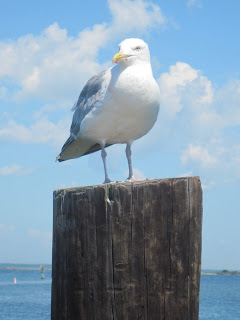 Hanging out on the dock in Fair Harbor on Wednesday, Aug. 17. 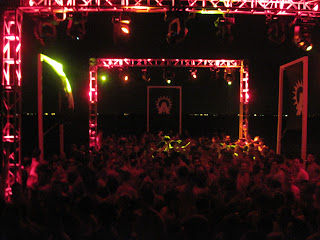 Awaiting the fireworks at the Ascension tea dance on Saturday, Aug. 21.