As law enforcement officials continue to search for the men who allegedly left a Bushwick man brain dead in what they describe as an anti-gay and anti-Latino hate crime early Sunday morning, the Anti-Violence Project, Make the Road New York and a coalition of other community and activist groups have organized a march and vigil on Sunday, Dec. 14.

The vigil will take place at Make the Road's park on the corner of Grove Street and Myrtle Avenue in Bushwick at 2 p.m. Marchers will then proceed to Bushwick Avenue and Kossuth Place--the corner where police say a group of four men viciously beat Jose Sucuzhanay with a baseball bat and bottles and kicked him while his brother ran for help.

In the meantime, the NYPD is offering a $27,000 reward to anyone who provides information that will assist it in the apprehension of those responsible. And New York City Council Speaker Christine Quinn joined City Councilmember Diana Reyna [D-Bushwick] and officers at the Myrtle Avenue subway station this morning to hand flyers about the attack to strap hangers. [Photos courtesy of Eunic Ortiz] 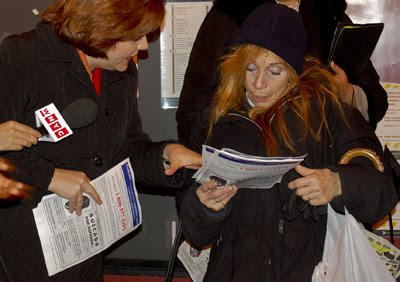 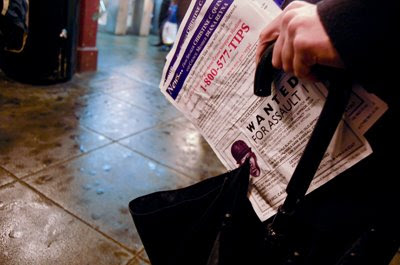