Dozens of Bushwick residents and relatives of hate crimes victims were among those at Make the Road New York earlier today who marked the first anniversary of José Sucuzhañay’s death.

“I’m here today with much sadness,” Diego Sucuzhañay said in Spanish. “This is the season we lost our beloved brother. He was the leader of our family.”

Sucuzhañay further spoke about the impact his brother’s murder has had on his young niece and nephew.

“This year, José’s kids will not receive the Merry Christmas their dad always gave them,” he said.

Hakim Scott and Keith Phoenix allegedly used anti-gay and anti-Latino slurs as they beat José Sucuzhañay with a baseball bat and broken bottles on Dec. 7, 2008, as he and his brother Romel walked arm and arm near the corner of Bushwick Avenue and Kossuth Place. The Ecuadorian immigrant died in a Queens hospital two days later. And hundreds of people marched down Myrtle Avenue less than a week after José Sucuzhañay’s death to demand justice.

Congresswoman Nydia Velázquez agreed as she spoke of the need for the White House to pass what she described as comprehensive immigration reform.

“This is our moral obligation,” she said. “I cannot look in the eye the mother José or [Marcelo] Lucero, who was killed on Long Island [in Nov. 2008]… and say I’m sorry this is not the right time. It is the right time.”

This vigil came less than a week after news two bouncers at a Jackson Heights bar attacked a prominent gay activist broke. And it also comes roughly a month after Puerto Rican authorities found Jorge Steven López Mercado’s decapitated, dismembered and partially burned body along a remote roadside near Cayey.

“We maybe have different priorities, but we are two groups being targeted by hate right now,” he said. “We are suffering the same. We are fighting for human rights. We need stop being treated as second class citizens.” 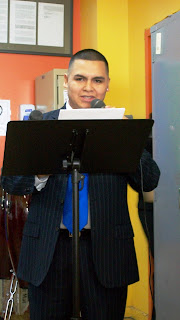 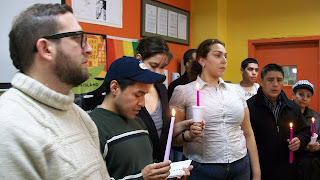 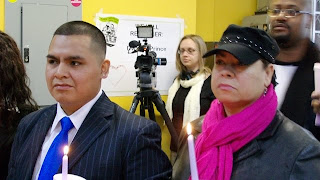 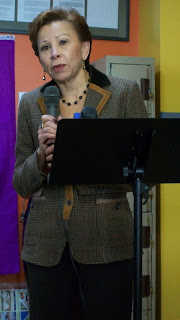 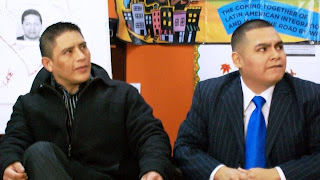 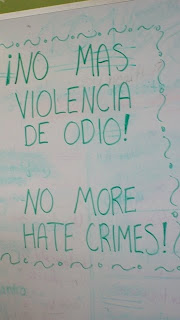 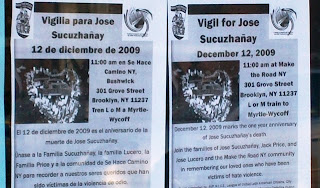