The two men reportedly used anti-gay and anti-Latino slurs as they beat Sucuzhañay early Dec. 7, 2008, with a baseball bat and broken bottles as he and his brother Romel walked home arm-and-arm from a local party. Sucuzhañay, whose two young children live in his homeland, succumb to his injuries two days later at a Queens hospital.

The two men will go on trial sometime next year, but the unfortunate fact remains hate crimes based on actual or perceived sexual orientation and gender identity have become an all too common aspect of my reportage. These include LaTeisha Green of Syracuse, Jack Price of College Point, Leslie Mora and Carmella Etienne of Jackson Heights and Jorge Steven López Mercado of Puerto Rico.

Juan A. Martínez Matos, who reportedly confessed to Puerto Rican prosecutors he killed López and subsequently decapitated, dismembered and partially burned the gay teenager’s body last month, returns to court on Wednesday for his preliminary hearing.

President Barack Obama signed a bill into law in late October that added both sexual orientation and gender identity and expression to federal hate crimes laws, but these statutes alone will arguably not curb the increasing rates of anti-LGBT violence that continue to plague this country. And on this sad anniversary, Myriam Mercado’s own words perhaps provide this Bushwick resident with the most comfort: El amor vence el odio. Love conquers hate. 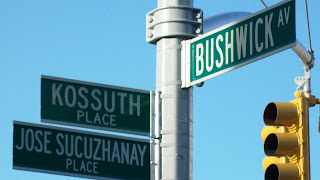