Governor David Paterson received a standing ovation at the LGBT Community Center in lower Manhattan earlier today as he signed an executive order to ban discrimination against transgender state employees.

"For far too long... the transgender community has had to wait for the same equality others enjoy based on employment," he said. "That ends today." 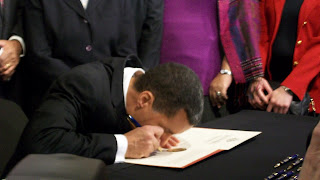 "Transgender people, like all New Yorkers, need stability, and it starts in the workplace," Melissa Sklarz, director of the New York Transgender Rights Organization, said.

Paterson's executive order makes New York the seventh state to specifically ban discrimination against trans public employees. His mandate also came as an arguably much needed shot in the arm for activists who continue to lobby state lawmakers to pass the Gender Expression Non-Discrimination Act, marriage for same-sex coupes and the Dignity in All Schools Act.

"Today is a good first step," Van Capelle said. "It is not the end of our fight." 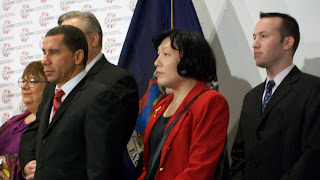 From right; Michael Silverman of the Transgender Legal Defense & Education Fund and Pauline Park of the New York Association for Gender Rights and Advocacy stand alongside Gov. David Paterson. 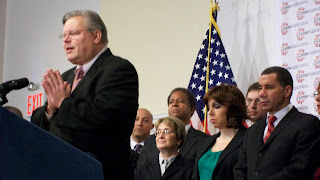 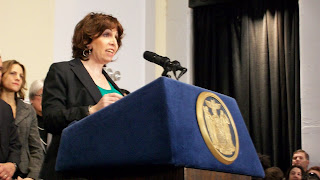