Multiple deadlines prevented me from going to Times Square earlier tonight, but hundreds gathered in Duffy Square to protest the New York State Senate's 24-36 vote against a bill that would have allowed gays and lesbians to marry.

Andres Duque graciously allowed Boy in Bushwick to post some pictures he took during the protest. Fellow blogger Joe Jervis was among those who were also there.

Another protest is scheduled to take place in Union Square tomorrow afternoon. 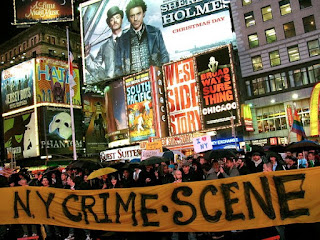 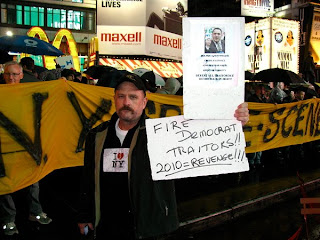 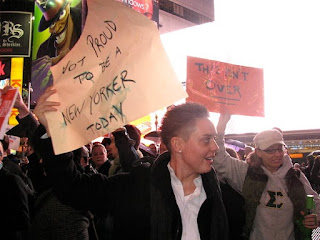