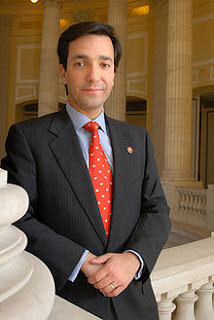 The governor answered questions about the proposed changes to Puerto Rico’s penal code during a press conference at the Executive Mansion in San Juan.

“We hope he sticks to his word and uses his leadership to ensure those provisions remain in the penal code—and not only maintains those provisions, but orders his administration to enforce them,” said Pedro Julio Serrano of the National Gay and Lesbian Task Force.

Singer Ricky Martin, New York City Council Speaker Christine Quinn, New York Congresswoman Nydia Velázquez and Illinois Congressman Luis Gutierrez are among those who have publicly spoken out against a proposed provision that the Puerto Rico Senate approved last month that would eliminate sexual orientation, gender identity and expression, religion and ethnicity from the island’s hate crimes law. More than 14,000 people have signed a petition that Jorge Sepulveda posted to Change.org earlier this week that urges Puerto Rican lawmakers to reject the measure.

The Puerto Rico House of Representatives is not expected to vote on the revised penal code during the special legislative session, but Fortuño said he hopes lawmakers will approve it sometime in early January.