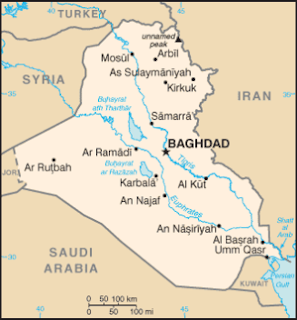 Defense Secretary Leon Panetta and other American officials formally ended the war in Iraq earlier on Thursday, Dec. 15, with a ceremony in Baghdad.

"You will leave with great pride — lasting pride," Panetta told troops after American soldiers officially cased or retired the U.S. Forces Iraq flag at Baghdad International Airport, according to the Associated Press. "Secure in knowing that your sacrifice has helped the Iraqi people to begin a new chapter in history."

The White House also marked the milestone with an interactive timeline on its website.

“American troops have served in Iraq with honor and distinction since March 19, 2003, but the cost to our nation has been great,” it wrote. “December 2011 marks the end of our mission in Iraq, and the fulfillment of a promise Barack Obama made to the American people even before he became president.”

Will the end of the Iraq war amount to Obama’s mission accomplished moment?