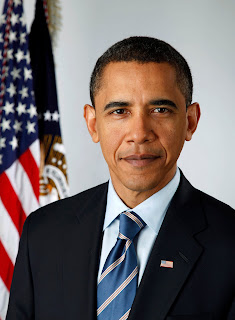 The White House announced on Tuesday, Dec. 6, that it has directed government agencies to take a country’s LGBT rights record into account when they consider the allocation of foreign aid.

In a memorandum; President Barack Obama directed the State Department, USAID and other agencies that carry out American diplomatic and foreign aid programs to promote and protect the human rights of LGBT people abroad. These include supporting efforts to decriminalize homosexuality, protecting LGBT refugees and asylum seekers, enhancing existing initiatives that advance non-discrimination bills and carrying out “swift and meaningful U.S. responses” to LGBT-specific human rights abuses abroad.

“The struggle to end discrimination against lesbian, gay, bisexual and transgender persons is a global challenge, and one that is central to the United States commitment to promoting human rights,” wrote Obama, who further expressed his deep concern about anti-LGBT violence and discrimination around the world. “Our deep commitment to advancing the human rights of all people is strengthened when we as the United States bring our tools to bear to vigorously advance this goal.”

“As Americans, we understand that no one should be made a criminal or subject to violence or even death because of who they are, no matter where they live,” said Human Rights President Joe Solmonese. “Today’s actions by President Obama make clear that the United States will not turn a blind eye when governments commit or allow abuses to the human rights of LGBT people.”

Secretary of State Hillary Clinton cited the memo in a landmark speech on LGBT equality that she delivered in Genera later on Tuesday, Dec. 6, to commemorate Human Rights Day.

"When one part of humanity is sidelined, the rest of us cannot remain on the sidelines," she said.