More than half a dozen New York City Councilmembers joined activists and young people on the steps of City Hall on Tuesday, Dec. 21, to blast Mayor Michael Bloomberg’s proposed cuts to programs that support homeless youth in the five boroughs.

Siciliano, whose organization offers housing and other support services to homeless LGBT youth, said Ali Forney’s clients are disproportionately at-risk for violence, HIV/AIDS and even suicide.

“The Bloomberg administration knows these kids are suffering, and yet they still decided to make these cuts,” he added. “I don’t know to describe this except to say that it shows a reckless indifference to the welfare of children.”

The temperature was in the mid-30s, and the wind chill was in the low-20s during the protest. 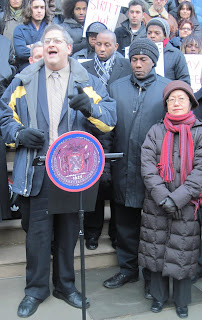 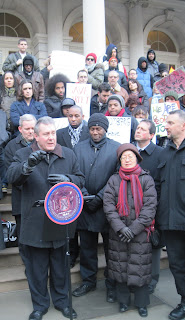 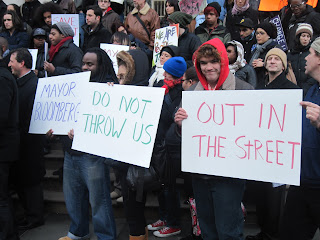 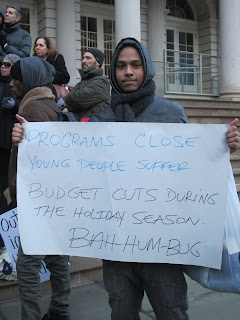 Nathaniel Vanderhorst was among the young people who protested the proposed cuts.