An Evening in the Post-Bin Laden Era 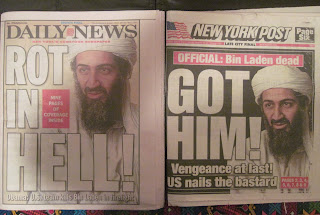 The seemingly most mundane things can certainly prove the most symbolic.

Those who were chatting with their friends in Union Square Park or walking to the gym along 14th Street, straphangers who were rushing to catch the subway and pedestrians who were talking on their cell phones while walking on University Place earlier this evening proved once again that the best way to combat terrorism is to not be afraid. This lesson remains particularly appropriate following Osama bin Laden's death.