More than 60 people turned out in Bushwick this past Saturday for the neighborhood's second annual LGBT Pride march. Bushwick certainly does not carry the same weight as the Village, Chelsea, Park Slope and other traditionally gay neighborhoods in the city but Gays & Lesbians of Bushwick Empowered organizer Dee Perez told this blogger its time Bushwick residents to step up and show they are out and proud of who they are. Pedestrians and other onlookers seems a bit confused frankly to see the march pass them along Knickerbocker Avenue. It's message, however, ran loud and clear. 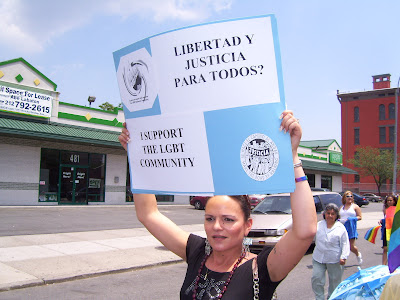 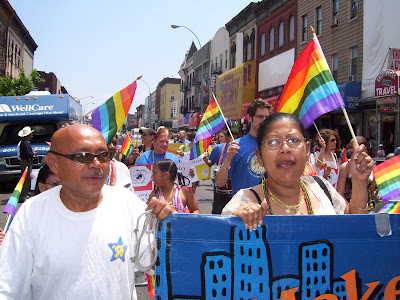