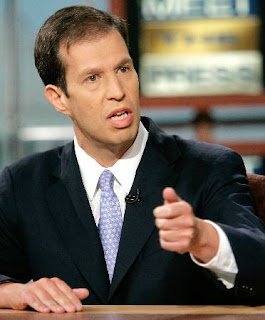 In an op-ed published in the New Hampshire Union Leader on Thursday, former Republican National Committee Chair Ken Mehlman urged state lawmakers to vote against a bill that would repeal the Granite State's marriage equality law.

"Stripping away the right of adults in New Hampshire to marry the person they love is antithetical to freedom," wrote Mehlman, who came out as gay in Aug. 2010. "If we really believe (and we should) that every citizen is endowed by their creator with the right to pursue happiness, shouldn’t this include the right to marriage? If we believe in limited government, how can we justify expanding the authority of the state to take away this most personal, fundamental right? Aren’t politicians already too involved in too much of our lives? Why would we want to expand government to such a personal space?"

"It also promotes responsibility, commitment and stability; it promotes family values," he wrote. "Again, our history provides a good road map: One of our party’s finest hours was the passage of welfare reform because it strengthened families and promoted marriage. Why would we want to take away this right from anyone?"

State lawmakers had been scheduled to vote on House Bill 437 earlier this month, but Republican House leaders postponed it until at least February.

A University of New Hampshire Survey Center poll in October found that 62 percent of state residents support the marriage equality law that took effect in Jan. 2010, while 44 percent of respondents said they would consider voting against a lawmaker who were to support the repeal bill in Concord.

Mehlman is the latest Republican to come out against HB 437.

Claremont resident Craig Stowell and his gay brother, Calvin, appear in a television commercial that Standing Up for New Hampshire Families and other organizations unveiled earlier this month. A second spot that featured Stowell and Maxine Moore, a long-time Republican activist from Portsmouth, debuted on WMUR in late December.

I've just installed iStripper, so I can watch the sexiest virtual strippers on my taskbar.