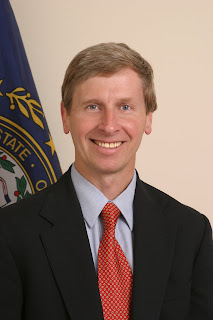 New Hampshire Gov. John Lynch on Tuesday once again vowed to veto a bill that would repeal the state's marriage equality law.

"New Hampshire has a long and proud tradition of fighting for the rights of all of our people and a tradition of leaving people alone to pursue of happiness," he said in his last State of the State address that he delivered in Concord. "As governor, I intend to uphold that century’s old tradition. And I will stand firm against any legislation that would strip any of our citizens of their civil rights.”

It appears likely that lawmakers could potentially vote on House Bill 437 later this month, but a University of New Hampshire Survey Center poll in October shows that 62 percent of state residents support the marriage equality law that took effect in Jan. 2010.

Standing Up for New Hampshire Families and other LGBT rights groups unveiled a television ad with Claremont resident Craig Stowell and his gay brother Calvin earlier this month. A second spot that features Stowell and his wife and Maxine Moore, a long-time Republican activist from Portsmouth, debuted on WMUR in late December.

Marriage is just not an aspiration of any girl but it is also an occasion that accepts a genuinely unforgettable event. Looking pleasant with elegant dresses down the aisle is a strong wish of each madam.

Thank you for the sensible critique. Me and my neighbor were just preparing to do some research about this. We got a grab a book from our local library but I believe I learned much more from this post. I’m extremely glad to see such amazing information being shared freely out there.