Poll: Majority of N.Y. Voters Optimistic About Direction of State 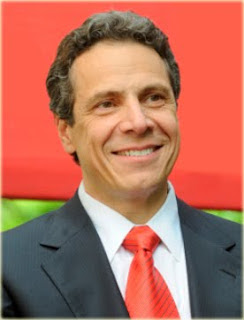 A new NY1/YNN-Marist poll finds that for the first time in a decade, a majority of New Yorkers are optimistic about the direction in which their state is moving.

The poll also noted that Gov. Andrew Cuomo has a 58 percent approval rating, while 76 percent of respondents said they have a favorable impression of the governor. Seventy-six percent of registered New York voters also described Cuomo as a good leader for the state.

Cuomo had a 55 percent job approval rating in a NY1/YNN-Marist Poll in November--less than five months after he signed the state's marriage equality bill into law. Seventy-five percent of New York voters who responded to that poll described the governor as a good leader for the Empire State.

I think they should be.. The Governor has done a lot for LGBT rights.