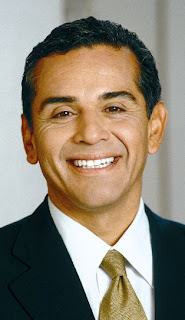 Freedom to Marry announced on Wednesday that a bi-partisan group of mayors have pledged to support marriage for same-sex couples.

Will Mayors for the Freedom to Marry amount to a game changer in the fight to secure nuptials for gays and lesbians?

A marriage equality bill was introduced in the New Jersey Legislature earlier this month, while Washington Gov. Chris Gregoire announced on Jan. 4 that she supports a measure that would allow same-sex couples to marry in the Evergreen State. Maryland lawmakers are expected to debate a marriage equality bill in the coming weeks.

New Hampshire legislators are expected to vote on a bill that would repeal the state’s marriage equality law as early as next month. North Carolina voters in May will consider a constitutional amendment that would ban marriage for same-sex couples, while a similar measure is on the November ballot in Minnesota.

The influx of donations that the four Republican New York state senators received after they voted for their state’s marriage equality bill in June as reported in the New York Times is proof that supporting nuptials for same-sex couples is no longer a politically risky proposition. The mayors who will speak tomorrow here in Washington, D.C., will certainly strengthen that premise.