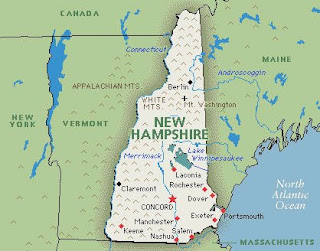 A leading New Hampshire Republican has confirmed that a vote on a bill that would repeal the state's marriage equality law has been delayed until at least next month.

"We must deal with some critical financial and economic-related legislation first, as well as legislative redistricting, prior to any discussion of gay marriage," House Majority Leader D.J. Bettencourt (R-Salem) told the Eagle-Tribune. "It's critical to keep to keep legislative priorities in their proper order."

A University of New Hampshire Survey Center poll in October found that 62 percent of state residents support the marriage equality law that took effect in Jan. 2010. Forty-four percent of respondents said they would consider voting against any legislator who supports HB 437.

The measure is expected to pass in the Republican-controlled state Legislature, but Gov. John Lynch, who signed the marriage equality law in 2009, has vowed to veto the bill. It remains unclear as to whether there are enough votes in both the House and Senate to override Lynch's promised veto.

Standing Up for New Hampshire Families and other organizations have stepped up their efforts against HB 437 in anticipation of an expected vote that multiple sources suggested could possibly happen next month. The groups unveiled a second television ad that features Craig Stowell, a Republican from Claremont, and his gay brother Calvin last week.