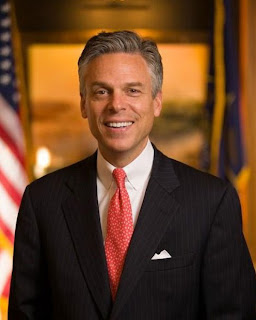 Former Utah Gov. Jon Huntsman announced on Monday that he has withdrawn from the Republican presidential race.

"Today the campaign for the presidency ends, but our campaign to build a better and more trust-worthy America continues." he said at a Myrtle Beach, S.C., press conference with his wife Mary Kaye and four of his daughters and his father by his side.

Huntsman, who endorsed former Massachusetts Gov. Mitt Romney, said Republicans must rally around the candidate whom he said can defeat President Barack Obama in November. He also criticized the campaign's increasingly negative tone.

"This race has degenerated into an onslaught of negative attacks not worthy of American people," said Huntsman. "Today I call on each campaign to cease attacking each other and instead talk directly to the American people."

Huntsman's announcement comes less than a week after he finished third in the New Hampshire primary on Jan. 10. He is expected to endorse former Massachusetts Gov. Mitt Romney.